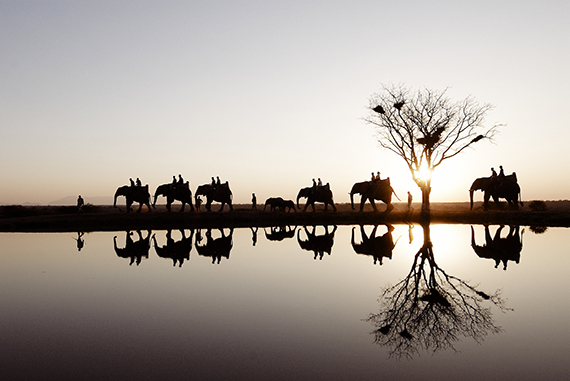 I was just having a discussion earlier today with my colleague, Anh, about how behaviours are naturally stubborn and difficult to change. As the discussion went on, he briefly mentioned that the whole notion of changing one’s behaviour through motivation and willpower was flawed. An example would be telling oneself to exercise everyday, or constantly reminding oneself to restrict the amount of time spent on Facebook without actually doing anything about it.

By the way, Anh is this super cool guy who knows close to everything about technology and is also really into productivity and automating his entire life. He’s one of those hardcore Evernote users, and you could probably classify him as an early adopter of technology. You can pretty much imagine the kind of guy he is.

Anyway, let’s get back to the topic. The process of changing behaviours through motivation and willpower is possible, but requires a lot of discipline. Here’s where it’s flawed. As humans, there’s only so much discipline and willpower we have before we get exhausted.

He also brought up the story of the Elephant, the Rider and the Path, which I thought was genius and found extremely interesting.

The whole concept of the Elephant, Rider and Path originates from the book, Switch, written by Dan & Chip Heath and is about how we can go about changing things and our behaviours when change is hard.

The Elephant, Rider and Path are actually metaphors for things in real life.

Anh, being the great storyteller he is, painted the picture of an elephant which he likened to our emotional and subconscious minds. The elephant, being really huge and stubborn, hates doing things that do not have any immediate benefit. It needs constant reassurance as it is easily demoralised. But it is powerful, tireless and extremely difficult to control.

The rider on the other hand is a metaphor for our willpower and rational mind. The rider loves to think and analyse, always focusing on problems rather than solutions. The rider is also easily frustrated, exhausted and tends to give up easily.

The path represents our environment. In this case, even when the rider and elephant are working hand in hand, they require a clear path in order to reach their destination effectively. Without which, both of them will be wandering around aimlessly.

Take for example a weight conscious ice-cream lover trying to refrain from eating that extra scoop of ice-cream, but eventually giving in to temptation even though he/she knows that that the instant satisfaction from eating that scoop of ice-cream would probably result in him/her having to spend more time exercising. It’s like a rider trying to steer a hungry elephant away from the basket of fruits laying right in front of the both of them. You know for sure the rider’s not going to win.

That’s where the Path (our environment) comes into play. It might actually make more sense and be easier to effect change by designing the environment around us. By having a clear fenced out path for the Elephant, it doesn’t really have a choice to stray from the path as the it is more likely to take the path of least resistance. Take for example, the simple act of placing an alarm clock out of one’s reach to prevent oneself from snoozing and being late for work. Or even the act of making a conscious effort not to walk past a supermarket so as to not be tempted to buy that tub of sinful ice-cream.

I really like how easily relatable the three metaphors are, and am actually making a conscious effort to design the environment around me. In fact, I recently revamped the way I organized the apps on my phone in an attempt to reduce the time I spend mindlessly scrolling through social media updates on Facebook and Twitter. The next time you want to change a behaviour, it might actually help to think of the many paths around us and design our environment to shape our habits and behaviours.

What do you think?